The first biannual ENRIO meeting of 2019 was held in Prague on 25-26 March 2019 hosted by the Czech Academy of Sciences. The meeting gathered 40 participants from 31 member organizations. Prior to the meeting, two parallel working groups were held on training and ENRIO statutes. In the meeting, ENRIO Chair Sanna-Kaisa Spoof presented the ENRIO Action Plan for 2019-2022 including the roadmap of turning ENRIO into a legal entity.

After the first meeting day an informal dinner was held in Vila Lanna with representatives of European Network of Research Ethics Committees (EUREC).

The second day of the meeting begun with a joint meeting with EUREC. EUREC’s Secretary General Dirk Lanzerath introduced the ENERI declaration endorsing the continuation of the ENERI project. In the following discussion the importance of co-operation between ENRIO and EUREC was emphasized but it was decided that ENRIO would not support the declaration without further investigation.

After the joint meeting, the new ENRIO member candidates were introduced. Loreta Tauginienè introduced the Office of the Ombudsperson for Academic Ethics and Procedures in Lithuania and Sonja Ochsenfeld-Repp the German Research Foundation DFG.

The next ENRIO meeting will be held in Cracow September 25-26. 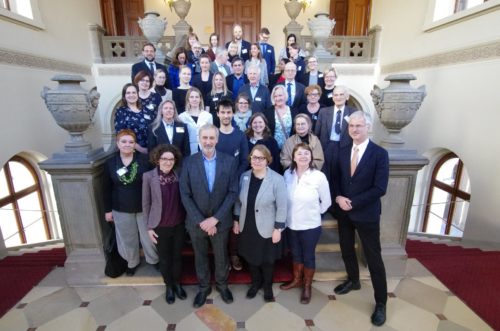 Back to news & activities